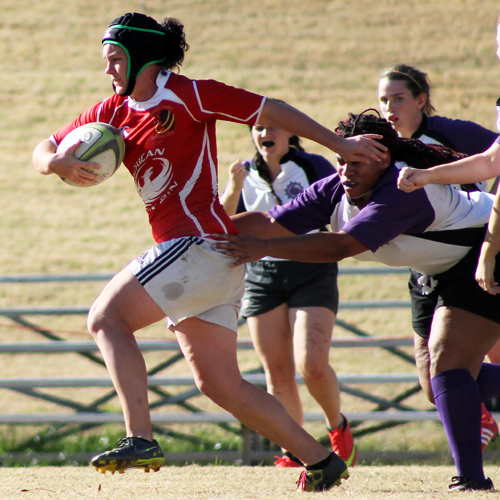 Two weeks after dropping a lower-end D1 squad with ease, the undefeated Venom found even less resistance as it dismantled winless Nova upon returning to D2 league play.

Raleigh fly half Chelsea Garber led the scoring with four tries and 10 conversions to earn back of the match, but a number of players from prop to wing found a try zone with less trouble than an All Black in Chicago.

Hooker Sarah Lundy earned forward of the match for hard play around contact and solid ball support, despite scoring just a single try.

The hosts implemented more creative forward play for the match, creating successful breaks up the middle. Those were complimented by the team’s more characteristic swing passes out to the wings who took the corner.

The lone struggles came with keeping balls in scrums, although the Venom also stole some Nova set pieces. And once open play started, the team refused to play down to their struggling opponents, building a 69-0 lead by halftime.

The Venom, like the Vipers, host Norfolk Saturday. Kickoff will be at 12:30 p.m.